Are our government right to ask the public to look out for terrorists? This is a poster the UK Government have seen fit to put around the place: 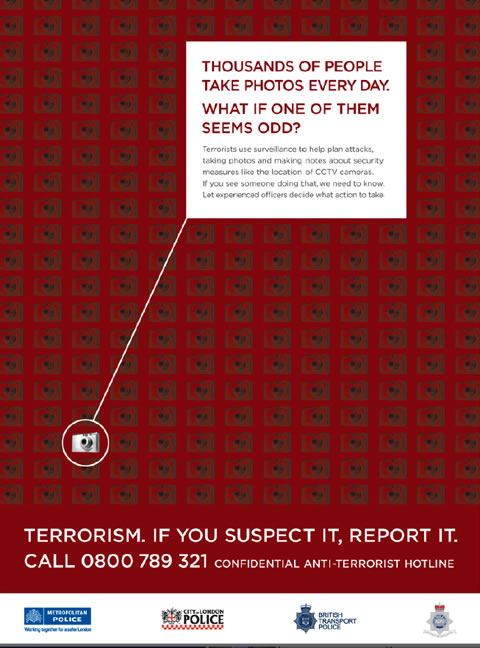 I call shenanigans on it.

This does a lot to alienate ourselves from each other, to divide us as a society, and yet barely anything to ‘protect’ us. The chances of someone spotting a genuine terrorist, and then reporting them, and then there being a timely investigation, resulting in stopping an actual terrorist attack, are surely pie-in-the-sky chances. Meanwhile you’ve got another thing to fear and look to the government for to help.

This is irresponsible, and mindless brainwashing, it’s not helpful.

What did we do when the IRA was doing stuff left-right-and centre? We were not encouraged to fear each other then, when the threat was evident and real. But we are now, when there is arguably precious little evidence of anything ‘terrorist’ going on in our midsts. I think the talk about terrorism is way out of scale with the actual threat of it. And further, I think that it’s a pathetically ineffective way to tackle terrorism.

“Potential” is not enough. Fair enough if you are genuinly suspicious, but asking the general public to report anyone taking photos? Based on what? How generalised can this be? “Oh officer, he was taking a photo of a fire hydrant, it “seemed odd” to me. Who takes photo’s of fire hydrants? Quick he must be a pedo-terrorist!” Garbage, utter garbage.

I don’t think that the price of this type of ‘vigilance’ is worth it. Stopping terrorism is a job for specialists. The very point of them is to do that job without us knowing, so that we are not subject to the fear of terrorism. By informing everyone that terrorists want to blow us up, and that our neighbour might be one - that is doing the terrorists work for them.

Let people use their common sense rather than encourage them to be fearful and see bogeymen everywhere. The way to destroy a society is to make it fear itself and then let time do its thing. Which is how the government is playing right into the hands of ‘terrorists’. The bad guys (such as there are) win, without having to do a thing. They get to watch us implode under our own paranoia. Trading our freedoms for an intangible ’security’ from a bogey man that’s not even real.

We as a nation are jumping at our own shadows, and it’s the government that are acting as the story-teller around our collective campfire. 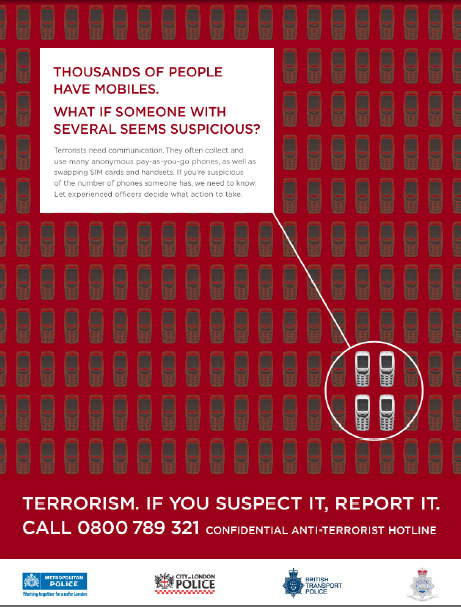