That's it, no more Heroes

OK, that’s it. I’m not watching Heroes any more. 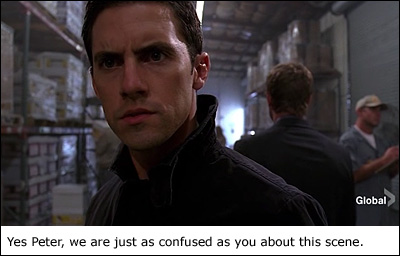 It’s so full of major plot holes and ridiculous out-of-character dialogue/action that all of the tension is coming not from the story, but from pure frustration that the blindingly obvious solution to every problem is always ignored. 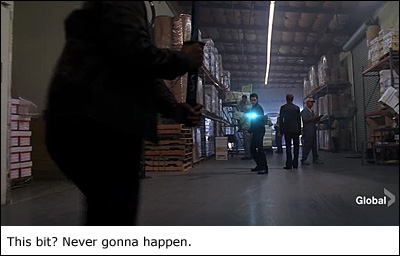 I’m not going to drop any spoilers here, but by way of example (and the incident that has finally snapped my patience): If you are in a situation where time is paused, and you are confronting a former friend and current non-hostile enemy, why would you not jump in time with them to show them how they have been lead astray by a lie. Rather than simply standing there and shouting “you chose the wrong side” before launching into a 20 meter sprint toward a superior enemy that is armed with ranged weaponry when you are not. You have all the time in the world to explain the situation, and every reason to do so when you know you’re very likely to lose the fight. The action here is absolutely stupid. Worse still, that whole scene was way out of character. So the fact the plot hole is there is made worse because the character would never have acted in the way that they did.

This is only the latest planet sized plot hole in a series full of very large plot holes. 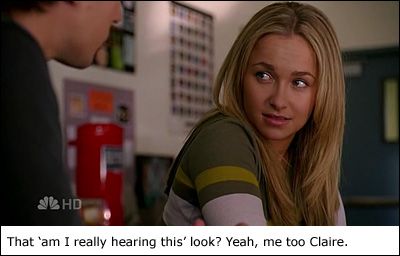 I can suspend my belief for people having powers; being able to fly, turning invisible, healing, etc,. (but not, by the way, making any electronic device do what you want. Such as getting a TV to show encrypted channels by touching it and making a wish - what, does the Power have a degree in electronic engineering all by itself?). I can suspend my belief as long as the characters and the setting are true to themselves, consistent, and work on an internal logic. That’s why sci-fi and fantasy works; it’s made up, but it establishes rules and abides by them. It takes a fantasy situation but plays through realistically. Heroes, does not behave in this way. And I’ve had enough forgiving obvious plot holes. 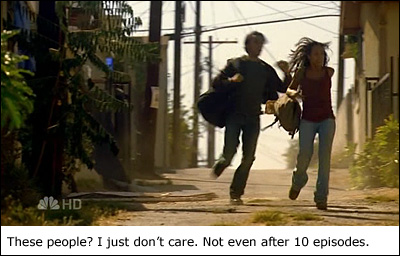 All that without mentioning the incredibly annoying minor characters that I simply do not care about, and seem to be going precisely nowhere. And Sylar (who’s very existence in season two is itself another example of those plot holes). The character is so two-dimensional and unintelligent that I simply do not want to waste valuable seconds of my life having to be updated on his latest ‘not doing much, just behaving in a generally sinister manner while patiently waiting for a writer to give me a reason to exist’ antics. Heroes, you had me - but you’ve lost me.