Sharing a new passion for Anime 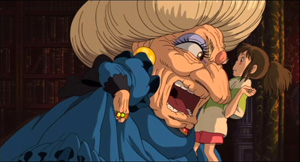 Anime, for those that may not know, is just a name for a genre of animation originating in Japan. It’s very popular in Japan and well recognised globally too. If you’re anything like I was a year ago your exposure to Anime may simply be a couple of movies, like the cult classic Akira, and a few more family orientated movies like Spirited Away and Howls Moving Castle. My interest in Anime TV-series’ started just over a year ago, when Mike Tetley introduced me to an Anime inexplicably called “Bleach”. Bleach was absolutely off the wall and unlike any Anime film I’d seen. It changed the drawing and animation style every minute or two for visual effect, and mixed laugh out loud insanity with fast action and strange Japanese concepts like Shinigami and Hollow - by the end I felt like someone had blown my head off, but in a good way. 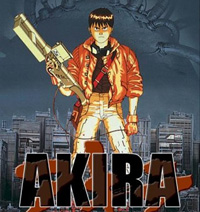 I’ve now watched a few Anime, and bought a couple of Manga books, and found it to be a gateway into Japanese culture - which is absolutely fascinating. So I’d like to share some Anime with you too, and hope that it’ll inspire you to watch, and to learn about Japanese culture.

The most important thing for you (if you’re a westerner) is that it’s very likely you can watch Anime online for free, legally. Only a few Anime make it commercially in the west compared to the volume of it in Japan, so you get a lot of “fan subs” - Japanese audio with English subtitles provided by fans of the series. They’re legal because the Anime doesn’t have a distributor outside of Japan.

The second most important thing is that sometimes successful Anime are re-recorded with English actors. If given an option, watch with the original Japanese audio and read subtitles. English speaking actors almost all sound out of place - they often come off like a bad actor trying overly hard - it ruins most anime. Watch the English Sub, not the English Dub.

Other things of note before you dive in:

I’ve not watched too many series yet, but these are a few I’d recommend, in a couple of different styles. 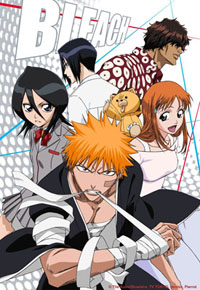 It turned out that Bleach is massive in Japan, having spawned 252 episodes (and counting), three feature films, a musical, eleven CD soundtracks, and a couple of computer games. And all of it is based on the original (and still in production) Manga comics.

Bleach features a massive and varied cast of characters, but is principally about Ichigo Kurasaki - a high school student who gains the powers of a Shinigami (sort of like a Grim Reaper). As the series progresses he has to face up to new responsibilities, rescue a friend from Soul Society (um, similar to Heaven - it’s where the other Shinigami live), and generally learn about himself, acquiring new skills as the foes and challenges get bigger and bigger. It’s full of action, humour, and awesome bits of music. The first 10-20 episodes are very entertaining but it takes that long before it starts hitting its stride - keep with it and there are some epically good fights and characters.

Bleach is an ongoing Manga and Anime, new episodes come out every week. The quality of the animation varies somewhat, and there are “filler” episodes that have nothing to do with the main story arc once you get about 80 episodes in - you’ll know filler episodes when you see them - you can skip those though there aren’t too many. 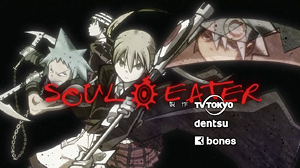 The animation here is stunning, the drawing style, the colours, the fluidity, the camera angles (even drawn to simulate fish-eye lenses in some scenes). It’s so very obvious that this Anime was made with a lot of love. It is also absolutely crazy, featuring Death himself as a character, people that turn into weapons, and a setting that is never really explained. It is also one of those Anime that is surprisingly deep, because despite the zany craziness it is fundamentally about the concept of madness, and how it effects people. The first three episodes introduce the seven main characters, and only after that does it really start on the main story. It’s great as a more light-hearted bit of fun, but that doesn’t stop it having a serious under-story. The action, drama, and seriousness ramp up significantly half way through.

Soul Eater ran for 51 episodes before concluding. I wish they would make a new series, but it looks unlikely. 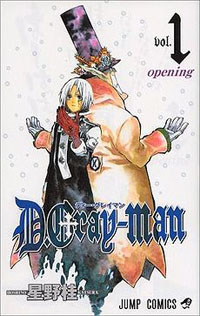 This is such a good Anime, and moves at a gentler pace with far less “random comedy insanity” than Soul Eater or Bleach. It’s set in an alternative version of the end of the 19th Century, with some artistic license used for making demon robots (it makes sense when you watch it). The story follows Allen Walker, a young boy with an “anti demon” weapon for an arm. He can kill demons and rescue the human soul trapped inside. It sounds odd, but the concept is very well developed as the series goes on. We slowly learn that things are much more involved and larger than they at first appear. The series is, essentially, something of a fantasy rationale of the events leading to World War One - although never going into detail. The overall theme is about how tragedy corrupts, and how redemption can be found.

This is my favourite Anime series, which is saying something because it takes a whopping 51 episodes before it hits the main story arc properly. The first 51 episodes are all very good; they’re entertaining, well written, and do a strong job of developing the large cast of main characters: but the meat of the story doesn’t hit until the last half of the series. Yet it is an astoundingly good second half and I am very glad I stayed with it.

The animation is stunning, a different style than Soul Eater but every bit as nice. The music is simply the best I’ve heard in any Anime. The characters are intriguing and engaging, especially Allen, Linalee, and Marshall Cross - who is pure badass.

D.Gray-man ran for 103 episodes and ended with the main arc complete, but a number of unanswered questions and a very good teaser for what is to come. The Manga it’s based on is still being produced, so there is hope another anime series will be made, however it’s been over a year since it ended and I can’t find any rumours of a new series.

Code Geass: Lelouch of the Rebellion

Watch “Code Geass: Lelouch Of The Rebellion” episode one. Code Geass on Wikipedia. 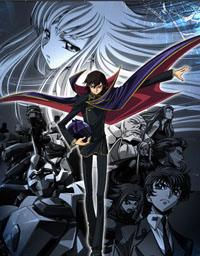 Code Geass is a bit more serious than the above Anime, more akin to Akira than Spirited Away. I didn’t like the drawing style or the music at first, but the story is very compelling and I’m glad I stuck with it. It’s set in an alternate universe where the Holy British Empire is still a major player, dominating most of the world, having conquered Japan. The story is about Lelouch’s attempt to liberate Japan and bring the Empire down. The story is quite complex, and becomes quite dark - how far will he go to achieve his goals? What is right and wrong when the stakes are so high?

Well worth a watch, though if you’re like me you’ll simply have to accept that the Japanese have an odd fixation with giant armoured robots. They seem ridiculous - but they’re a key component. Just let it go and follow the story instead.

Code Geass ran for 25 episodes. A sequel series was made called R2 which received as many awards and as much critical acclaim as the first. 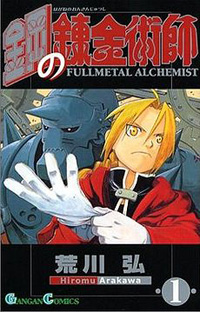 I’m including this despite the fact that I found it too dark to watch all the way through. It’s a powerful story revolving around the lead character, Edward, a 15yr old boy and his little brother Al. It’s set in Europe after the Industrial Revolution, but in a world where Alchemy is real. Their mother dies when they are children, shortly after they try to bring her back to life with Alchemy. It goes wrong, badly, and we are reminded again and again through the series that you can not create something without first paying with something of equal value. This is about Eric’s journey to fix things for his little brother, and to perhaps bring back their mother.